Of all the ovens produced by Dijko almost 80 per cent are transported to countries all over the world. In a number of countries Dijko has exclusive agents. Sale, engineering, production, installation and servicing all happen in and from Tilburg. The product may quite certainly be called hightech.

The current range of products consists of the following: 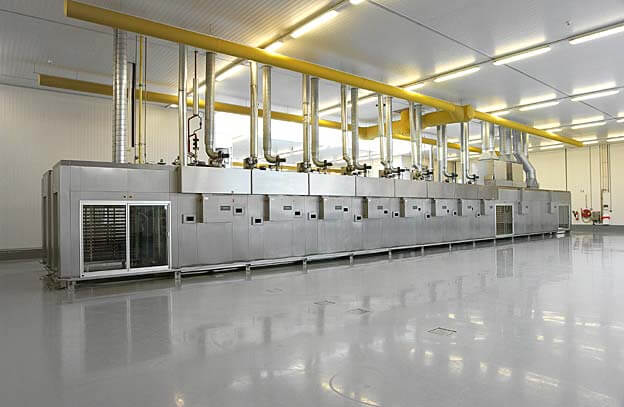 In this type of oven the baking trays are transported on racks which are automatically driven through the various modules. The oven is built modularly, meaning that all components of the production line have a fixed module size.

In the production factory in Tilburg all modules are assembled as far as possible, to minimize the time needed for installation at the customer. Different modules are available for proving, baking, cooling and deep cooling / freezing. There are possibilities to completely automate the entire production process by using either a robot or seperate modules for the loading and unloading of the trays in the racks. In the course of the years most innovations have been applied to this type of oven. Among others a burner has been developed with a very low emission of NOX. A recent development is the possibility to control the modules with a PC, while local control remains possible.

More information can be found here.

In some situations it is not convenient to use an oven with racks in which trays are placed. If we use trays which are fitted with pins on the corners, it is possible to stack trays. By using this idea and the application of the tray-stacker and unstacker the oven with tray-stacking was born.

Trays are supplied on a conveyor-belt. A tray is picked up and lifted a little. The next tray can be placed under this tray. The top tray is lowered on the bottom tray. After this the bottom tray is picked up again and so on until a stack of trays is created. The stacks can be moved with a conveyor-belt. Successively the following modules can be passed through (naturally the modular system of the tunnel oven is taken over): the prover, oven, cooler and deep cooler / freezer. The system saves a lot of space by making use of height in stead of length. The PC can again be used to control the process. 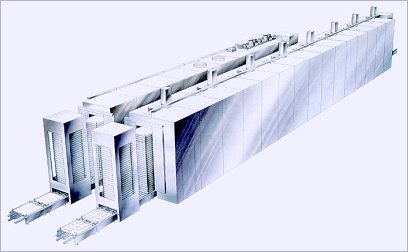 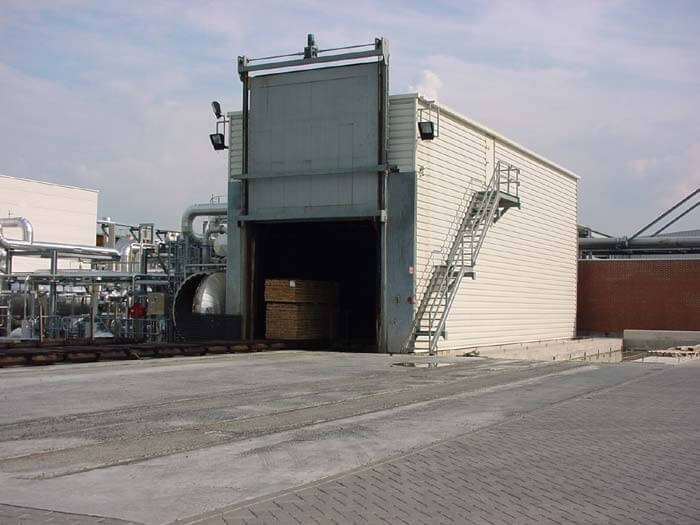 Dijko specializes in the development and production of ovens which other suppliers do not have “on-the-shelf”. Because of the direct contact between Dijko and the customer, an oven fitted for the customer’s specific goal can quickly be developed. Dijko knows the shortest routes to consultants and knows the possibilities for subsidies concerning special developments. A wide variety of ovens has already been developed.

A good example is an order Dijko received for developing a special industrial oven for treating wood. Wood with a durability class higher than 2 has the nasty property of quickly rotting after being placed in the ground or getting in contact with water. It is possible to make this wood more durable by using a chemical treatment, but it will never be as durable as hardwood. The soil pollution caused by this kind of treatment will surely lead to a prohibition on these methods. The use of hardwood has already caused great environmental problems. A process developed by Plato, in which no chemicals are used, has lead to the great result that softwood (which usually grows quickly) can be transformed into durable wood of class 1 or 2.

The Dijko oven will be used in the final phase of the process, the curing of the wood during 12 hours at a temperature of 180 °C. The oven will be 5 meters wide, 5 m high and 18 m deep. It will be possible to place up to 60,000 kilograms of wood each charge. In the beginning of 2000 a factory was established to apply this process at a large scale. After being in conversation with Plato for more than one and a half years and having carried out the pre-development of this oven, Dijko commenced with the further development of this oven, which was built in 2000. If the process proves successful (which almost nobody doubts), Plato will issue licenses worldwide. For Dijko it could be possible to supply it’s oven to the various factories across the world. Finally, a halt can be called to deforestation and the use of hardwood for applications where the Plato wood will prove to be a good replacement.

Because of it’s efforts for the environment and the continuous innovation, Dijko can be assured of a leading place in oven technology, not only in the Netherlands, but also far beyond.