Dijko Ovens BV is well known around the world for supplying industrial bakery equipment. During our 65 year history, we have grown from a small company focused on Dutch confectioners to a globally operating player that is capable of supplying custom solutions for all your needs regarding proofing, baking, (vacuum)cooling, freezing and tray transport, for a wide variety of product types (bread, pastry, cakes and cookies).

In 1954 the foundation was laid for a company which has proven to be successful in designing innovative oven-technology. 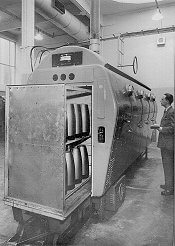 The first van Dijk oven was built for a company in The Hague called Van der Heem and was designed by the founder of the company, the late Gerrit van Dijk. The oven was used for the so called enameling (drying and hardening) of lacquer on vacuum cleaner casings. The oven made use of racks, which were pulled through the oven at a certain interval. These racks formed the bottom, the beginning and the end of the oven.

The oven supplied to Van der Heem was a revolutionary oven, because it made use of circulating hot air, which went between the products. This way, energy costs and time needed for the enameling were halved.

Throughout its history, progressive and innovative thinking has been a defining quality of Dijko Ovens.

The second half of the fifties we see the development of the tunnel rack oven. This was an oven especially designed for industrial bakeries and confectioneries, where high production volumes were required. The tunnel rack oven was built in one piece, resulting in quick installation at the customer.

A distinguishing feature of the first generation of Dijko tunnel rack ovens were the curved exterior panels, which allowed the air to flow over the products in a very controlled manner. 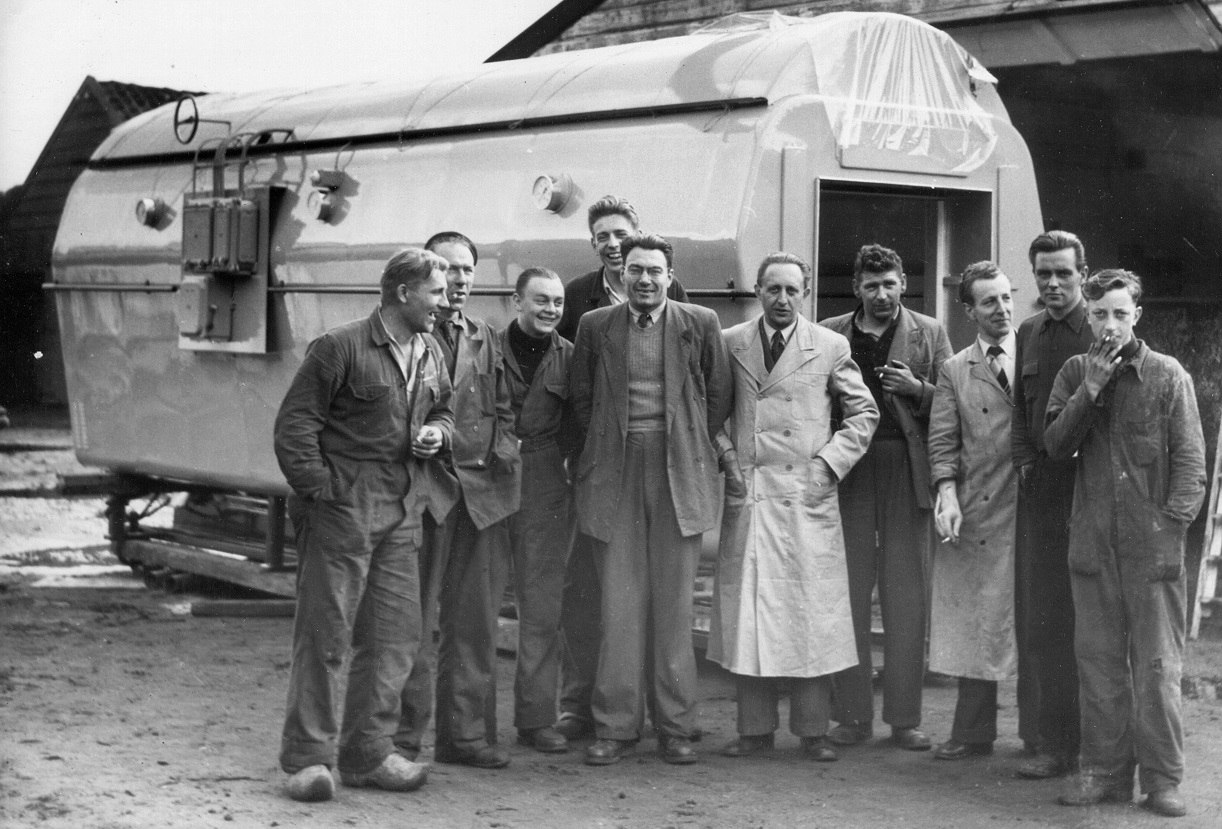 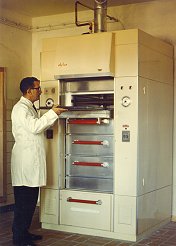 In 1959, the 2nd largest (up until then) reserve of natural gas in the world was found near the small town of Slochteren, the Netherlands.

This find led to the rapid use of natural gas as a primary heating source, both for domestic use as well as industrial use. Coal was quickly replaced.

In the course of the following years, the Dijko confectionery oven became increasingly popular, and quickly found its way to almost one third of all confectioneries in the Netherlands. It is estimated that over 300 Dijko confectionery ovens were built. The savings in energy and labour were so spectacular, that the oven was usually earned back in only three years time.

In later years, Dijko continued to improve the original design of their confectionery oven, with derivations designed in the form of rack-ovens, where a complete rack is driven in and out of the oven. This way, the manual labour was lightened even more. 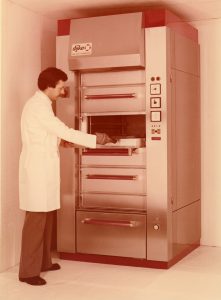 In 1973, the 2nd generation Van Dijk joined the company.

Peter van Dijk, born in 1950, studied Mechanical Engineering at the Higher Technical School (HTS) in Tilburg, after which he joined Dijko. His broad interests as well as his curiosity and ingenuity quickly resulted in the development of new and innovative solutions for the bakery industry.

In 1982, Dijko made their first computer-controlled oven, which was shown at that years bakery exhibition in Brussels, Belgium. The introduction of this new technology signaled the beginning of a development of far-reaching automation and the application of electronic controls in the world of bakery.

With the new computer controlled oven, it was possible to store 40 programs for baking various products. After typing in the appropriate code the oven automatically set the right temperature, baking time, steaming time, etc. Nowadays, these controls are very normal, but for the early eighties, they can certainly be described as high-tech.

The eighties also lead to the addition of other process modules to the tunnel rack oven, such as automatic loading and unloading, automated rack circulation as well as proofing and cooling modules. Together with these additions, as well as the increase in the export of Dijko ovens to countries all over the world, Dijko was looking for a way to completely build and test their tunnel rack oven systems (which now could include a  in the Netherlands, while still keeping them small enough to be able to transport them abroad.

In 1983, this demand led to the development of the so called modular system. The modular system contained all of the required processes (up until then: proofers, ovens and coolers), in a number of modules of equal length (the length of one rack).

In Tilburg, these modules were completely assembled into a working installation, after which they were thoroughly tested before being disassembled for transport. Since all modules and components were pre-tested and pre-wired, no time was lost at the customer. The time needed for setting up a new installation at the customer could now be reduced to a minimum. The client appreciated this short time needed for setting up. The faster the new installation is put in place, the less disruptive it is for their existing production (or the quicker they can start their new production).

In 1984 the current company, Dijko Ovens BV, was founded.

In the 1990’s, Dijko Ovens has continued to expand its product portfolio and capabilities, and is increasingly supplying fully automated systems.

These systems, both tunnel rack ovens as well as regular tunnel ovens, are able to take the trays with deposited/placed product from the make-up line and transport them through the entire production process of proofing, baking, cooling and freezing, with no manual intervention required. After the process is completed, the trays with finished product are automatically depanned and fed back to the start of the system.

In 1997, Dijko Ovens moves to a bigger factory in Tilburg. 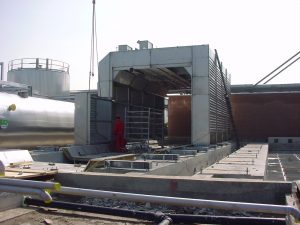 In the early 2000’s, Dijko Ovens was granted a project for a large industrial oven used for increasing the durability class of softwood to that of hardwood. This process, developed by the company Plato, is an environmentally safe alternative to existing chemical treatments, while increasing the durability even further. Also, using fast growing softwood is a more sustainable option than hardwood.

In 2007, one of the sons of Peter van Dijk, Jasper van Dijk, joined the company, who was joined by his twin brother Menno van Dijk in 2014.

In 2016, Peter van Dijk stepped down as director of Dijko Ovens and officially handed over the business to his two sons. Because of his vast experience in the industrial oven sector, Peter van Dijk still remains active, but more so in the background.

All of these systems are custom built, according to the exact specifications of the customer. Dijko has proven to be a good partner when a special oven needs to be designed.